Monsieur R and Puce have been inventing a lot of word games recently.  Playing around with rhymes gave me the idea of inventing a character and then trying to find rhyming words that could be used in situations.  What makes it even more interesting for children who're starting to read is seeing how different groups of letters can still rhyme.  It's fascinating getting into the mechanics of words. 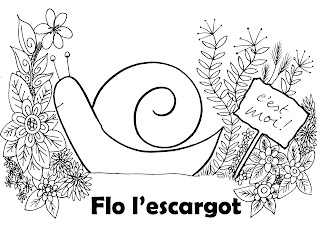 The story is put together as a booklet and at the end there are Les Mots Magiques which can be printed, cut out and used to reassemble the story.  Monsieur R and Puce are working on another word game based on the story, which goes further into sentence structure and the game aspect.  It's great to see them testing it out - little does she know that she's actually getting reading practice at the same time!

The booklet is here; the narrated version is here: