Le goûter is not just a snack; it's a cultural institution that seems to be hard-wired into the psyche of French children.  As a new parent discovering French childhood at the same time as my daughter, I underestimated the importance of le quatre heure and how useful it is when you have a child with an incredibly sweet tooth, as I do.  I watched as her French grandmother would make a cake or biscuits, pour le quatre heure.  There  was no question of scoffing the whole lot as soon as they had cooled from the oven.

Although we are now in Scotland, le quatre heure remains one of the meals of the day, as it is considered in France.  Puce starts nervously asking the time just after lunch, not, as I thought because she was recently given a watch, but because she's scared I might forget The Four O'Clock.

This weekend, a punnet of local Scottish strawberries got turned into a small jar of jam, which in turn became a French goûter classic, biscuits called lunettes - reminiscent of the Jammy Dodgers I loved when I was little, but with the added fun of getting yourself covered in icing sugar... 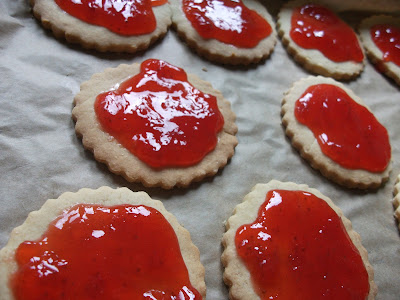 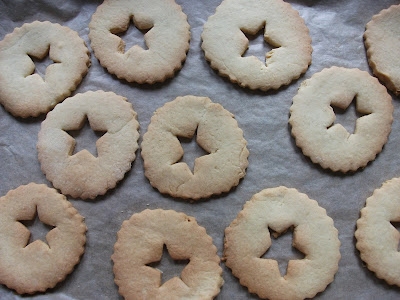 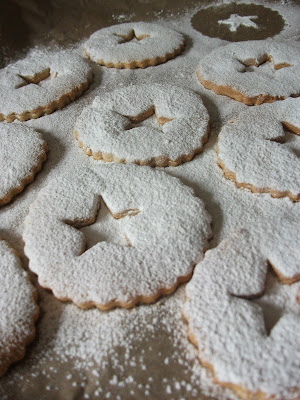 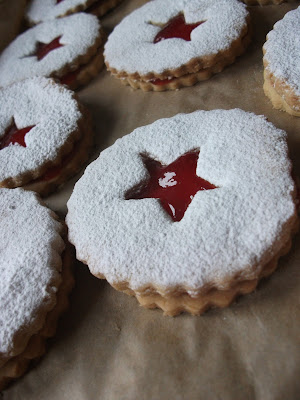